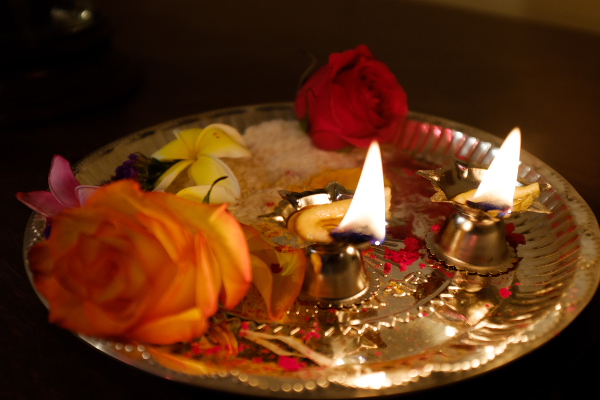 The following is excerpted from a  question answered by Sr. Kriyāvān Kriyāchārya Shivraj and compiled by Hamsāchārya Nikhil Yadav.

Speaking of the nature of spiritual wealth, medieval Bhakti saint Mirabai has said “kharch na khootey, chor na lootey, din din badhat sawayo.” (Although it accumulates daily, it cannot be expended, nor can it be stolen away). By its very nature, spiritual wealth is “amolik” or incalculable in lesser human terms.  The saint’s message is not at all an exaggeration brought about by love and reverence alone.  At its heart lies a profound spiritual truth.  For how can something permanently inducing towards growth be compared with the impermanent material wealth that comes and goes?

Only a Satguru who knows the myriad pathways to Supreme truth can guide a disciple to the keys of this spiritual locker.  An embodiment of Divine grace, he takes upon himself negative karma thus freeing some of the obstacles lying in the path of the disciple.  He does so selflessly for the betterment of the disciple’s health and spiritual progress. It is indeed beyond the disciple’s capacity to repay the karmic debt that is incurred at least in this lifetime.  It is only to free the disciple from this karmic obligation that the tradition of gurudakshina has been authorized by Mahavatar Shiv Goraksha Babaji.

Gurudakshina is a sacred exchange of spiritual wealth with material wealth that has been necessarily completed from the Ancient of Days. To cut the cord that binds the soul to the delusion of worldly attachment, an offering of love, reverence and material wealth is given by disciple to the Master.

Nor can anybody other than the Satguru decide upon the terms of this exchange.  If it is his wish that some of the techniques that he has originated be disseminated for free, then instead of having a doubting mind, the disciple should instead open his heart in acceptance to the spiritual generosity of the Satguru.  In any case, neither free techniques nor others can be given to material calculations of profit and loss. Free techniques are just as priceless and the disciple is encouraged not to measure the worth of the spontaneous outpourings of Satguru’s priceless offerings.  Some techniques are free because it is the wish of the Originator that they be free, that’s it.

On the other hand, there are techniques which are bound by the principles of spiritual lineage or parampara.  The techniques of Kriya Yoga have been passed down from times immemorial by Masters of the Kriya lineage who have laid down precise instructions of Gurudakshina that must be followed wherever practices from this hallowed tradition are taught. They have themselves said that this knowledge should not be given for free,  thus leaving no room for the exercise of anybody else’s will or discretion.

Perhaps they felt that even the Satguru faces several obstacles on the physical plane and in order to continue teaching, a necessary exchange of material well-being may ease and resolve some of the hurdles of his physical existence.  In this sense, it becomes the disciples’ utmost duty to see that the Satguru who is the Source of Spiritual Wisdom may be sustained well in his physical form.  Only then will they be able to continue to draw from the deep wells of his spiritual wisdom.  Perhaps as the originators and custodians of these techniques, it was their wish that it be NOT taught for free, that’s it. Our own petty calculations can never fathom the incalculable spiritual insight that is behind the laying down of these sacred principles.

To conclude, it may only be said that the Satguru’s Wisdom and Grace are priceless, the money and the willingness to pay for them will decide the worth of the seeker.