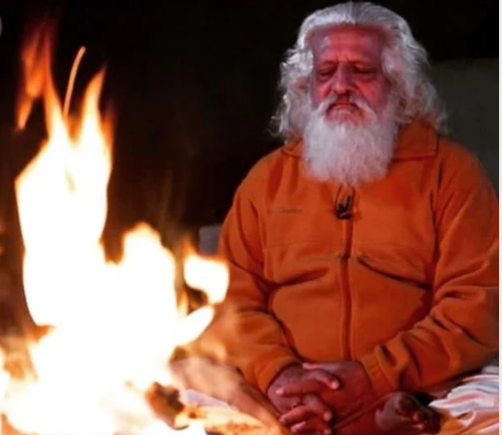 Is Death the final goal of life or is there life after death? And if there is life, what are the turns and twists and evolutionary journey in life after death, until the soul is reborn again? This question has long perturbed humankind caught between medical sciences which have for long tried to prolong life, thinking it to be the only one, and the rishis and yogis who have claimed to conquer ultimate Death freeing themselves from the unending cycle of birth and death.

The journey of the soul after death, which in India we call devachan or devasthan was originally discovered and intuited by the ancient sages of India thousands of years ago, and one can find the details of this in the Brahmanical rituals of the shraad. Narratives of near-death experiences in modern times have validated many of the stages in this journey.

According to the Sanatan system of knowing, the soul though itself an immortal entity residing in a physical body, has a lifespan. This lifespan differs from individual to individual, as per their personal karma. According to its lifespan, the soul lives in the physical body, does good deeds, neutral deeds, bad deeds, living according to the karma released to it for this lifetime. Then comes old age, the body starts to decay and like our garments get old and torn and must be discarded, the body too is discarded by the soul.

Here begins the journey of the soul after the death of the physical body.

At the first instance, the soul leaves the outermost coat, which is the physical casement, or the physical garment, but the coat of its subtler emotional and mental garments remains. The body is burnt, the physical body, the garment, which is not the soul — the apparent self is burnt, and the true self, the soul, covered by its passions, emotions and the mind passes out of the body.

For seventy-two hours after the body shell is burnt or buried the soul remains in the plane called the Pret Lok. The soul hovers in the burial or cremation ground as the emotional, mental and intuitional body disengages itself from the physical and ethereal body while working out its grossest karma, those that are closest to the physical body.

On the third day, according to the shraad ritual the soul is offered food that it enjoyed when in the body. It’s laid out so that the spirit, which is there, satisfies its last leftover desires, to move from Pret Lok to the next plane, called the Pishachya Lok.

Once in the Pishachya Lok, the soul works out the subtler karmas of its emotional and passional body, satisfying its carnal desires before it can break through the Pishachic shell. To facilitate the breaking of the shell a ritual is performed on this day to release the soul from its limited passional and emotional consciousness, to get it into a state of mental consciousness. When that puja is done, the shell breaks.

Around the tenth day the soul, having more or less satisfied all its desires starts its transition to the Pitr Lok, the plane of the ancestors. Here the ancestors and in the case of disciples their Satguru will appear to lead the soul through the maze. Even though most of the residual karmas are worked out, in the initial stages even of Pitr Lok some differences and bitterness are resolved. Nullifying all its karma the soul gets purer and joins its ancestors, those who are enlightened.

The soul then finally rests in the Dev Lok, the heavenly spheres. After working out all its good and bad karmas the soul rests. This is its journey from the earthly terrestrial sphere of Bhur, to the intermediate astral stage of Bhuvaha to the celestial heavenly sphere of Svaha.

Then again it reincarnates, descending from Svaha, to Bhuvaha to Bhur, taking once again, an intuitional body, then a mental body, an emotional then an etheric body, and finally a physical body in the womb of a mother who is most suitable for its karma.  Parents who will give the maximum facilities for its spiritual evolution are chosen by the soul.

This not just a belief in India, it’s a fact and many have had firsthand experience of it. So death is nothing to be afraid of.

“Why do people think of me what I am not supposed to be?

They call me death and yet I take them to Eternity.

Oh, this paradox of ignorance

Now we come to the most important part, what happens to a sincerely practicing yogi progressing along the chosen path in this process of life and death, in the terrestrial plane and afterlife? A meditating yogi, depending upon the practice and because of the speed of the evolutionary practice of yoga works out the karma of the devachan, life after the death of the body, while in the body itself. The yogi does not go through the planes of bhuvaha and svaha, the yogi does not travel through the pret and pishachya lok nor the pitr lok. Some even transcend the dev lok, consciously leaving this body to merge into the finality of the Supreme Conscious Being.

Note: This is a reprint of an article published January 18, 2019 in the online publication, The Pioneer.

For more of Yogiraj’s profound wisdom, meet him at an upcoming event or watch his YouTube videos!

An Ocean of Loving Energy Awaits us at Carlsbad
Way of the White Swan, the journey of the jeevhamsa
Catskill Mountains - Dazzle in the City of Jewels and Transfigure to the Seat of the Soul
Shasta - Infusing the Divine into our Everyday Life
Yoga: Our Parent Source, a Conversation with Yogiraj

Way of the White Swan, the journey of the jeevhamsa The path, the pilgrimage, the goal Yog, Yogi, Yogant
Scroll to top