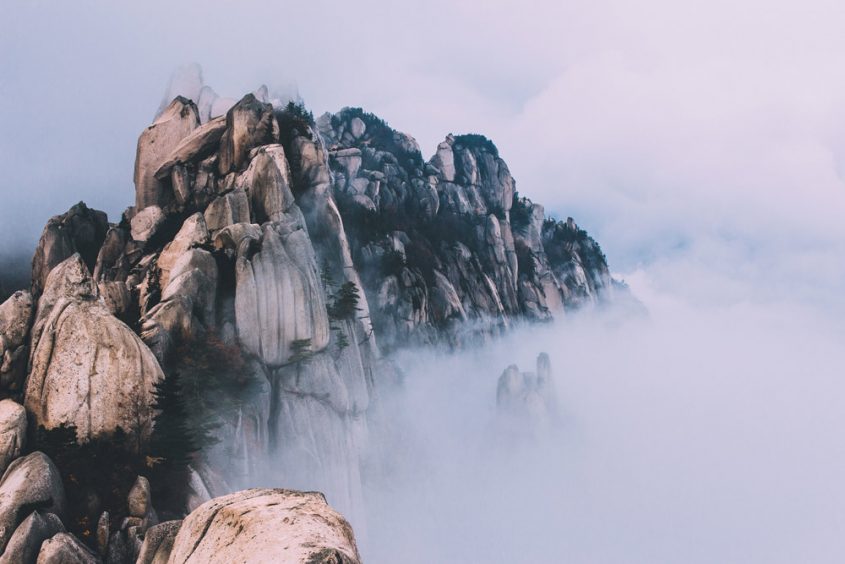 When we are in nature, standing face to face, it is we who blink first.  Nature holds her gaze.  The energy is too strong for most people- we quickly fall into fiddling with cell phones, talking loudly or drinking beer and building big fires and making lots of noise around them.  We just don’t know what to do with ourselves.  Kriya pranayam and Surya meditation give us a way to connect with nature, something to do there.  This is an ancient lifestyle and it is only the beginning for young America.

The Mc CLoud river becomes Middle Falls as it works its way through the forest below Mt Shasta.  Yogiraj often discusses the coming spiritual civilization that is right now developing on the West Cost of America.  He has said that right now there are more practicing yogis on the west coast of America than in India.

He teaches that water, especially flowing water greatly benefits meditation.  The Himalayan pilgrimage group makes sure to stop at a mountain waterfall on the journey.  Both the Haridwar and Rishikesh retreats  have time set aside for a dip in the strong flowing, clean, very cold, mountain-pure Ganges.  The prana that is the river current flows through our bodies.  At the Shasta retreat in 2015 he answered a question about eclipses saying that they enhance the meditation and the flowing water  even more so.  A Full Moon lunar eclipse? Go find a river to meditate in…….. or bathtub.

And every year at Middle Falls I see it and recognize it.  Hamsas from the whole West Coast and beyond are there: from Vancouver down to San Diego……and those are just the ones I know…..The scene of scattered Hamsas, some off under the waterfall sitting, others across the water happy to be drying off in the sun.  Valiant yogis to be!  And that water is cold. I can personally attest to sitting under the falls and feeling the energy rise.  The science Yogiraj gives us is true.

A  few tourist families mill about at the Falls as well, with dad taking a dip in the water and the kids looking on. And of course the “beer drinkers” ( a term my mother uses) are there as well- sunburned skin, cigarettes, beer, loud voices and heavy metal soundtrack.

How wonderful that we have something to do there.   “Go sit and do Kriya pryanayam under that waterfall, or stand in the cold river water doing Surya.”  Oh  yes I can do that.

THE NATURE OF HIS WORK