Yogiraj Gurunath Siddhanath is a simple, yet remarkable man. Born in Gwalior (northern), India on May 10, 1944, he is descended from the ancient royal family of Ikshavaku Rama of the Solar Dynasty. Despite his ancestry, he attained perfection and bliss at the age of 3 and chose to fulfill his calling as a yogi after completing his education.

He spent his early years in the Himalayas with the great Nath Yogis; Yogiraj was blessed and empowered by the spiritual supermen of the Himalayan caves. His divine transformation flowered after his deep, personal experiences with the supreme Yogi-Christos, known as the Mahavatar (Supreme Spirit Incarnate), Shiva-Goraksha Babaji. This experience transformed Yogiraj Gurunath, helping him realize the unity of all Yogis and religions.

Today, as a Master of Kundalini Kriya Yoga, Yogiraj Gurunath has worked ceaselessly, lighting a spark in our souls and planting a seed in us to embrace, embody and support “Earth Peace Through Self Peace”.

In the spirit of service, Yogiraj and his wife of 35 years, Gurumata Shivangini (affectionately called Ayie or “Mother” by his students) built the Siddhanath Forest Ashram in the gentle valley of Sita Mai outside the City of Pune, in India’s Simhagad region. Gurumata Shivangini is a powerful Yogini in her own right. Together, they have raised two children, are proud grandparents and continue to demonstrate by example; that it is not necessary to live as a renunciate –– meditating in order to achieve enlightenment –– but it is more important to experience life.

For over 40 years, Yogiraj has healed and transformed millions all over the world with his transmissions of Kundalini Shakti energy and has shared freely his own Samadhi (enlightened state) of peaceful bliss-consciousness. Yogiraj has taught yoga and spirituality not only to followers, but also to world leaders and has even given experiential discourse before the United Nations, yet he prefers nothing more than to sit in the simple pristine forests and mountains to meditate on God in tranquility.

Yogiraj Gurunath is not a Deity but a beacon of positivity, to give humanity the courage to find Self Peace and therefore cumulatively promote Earth Peace. 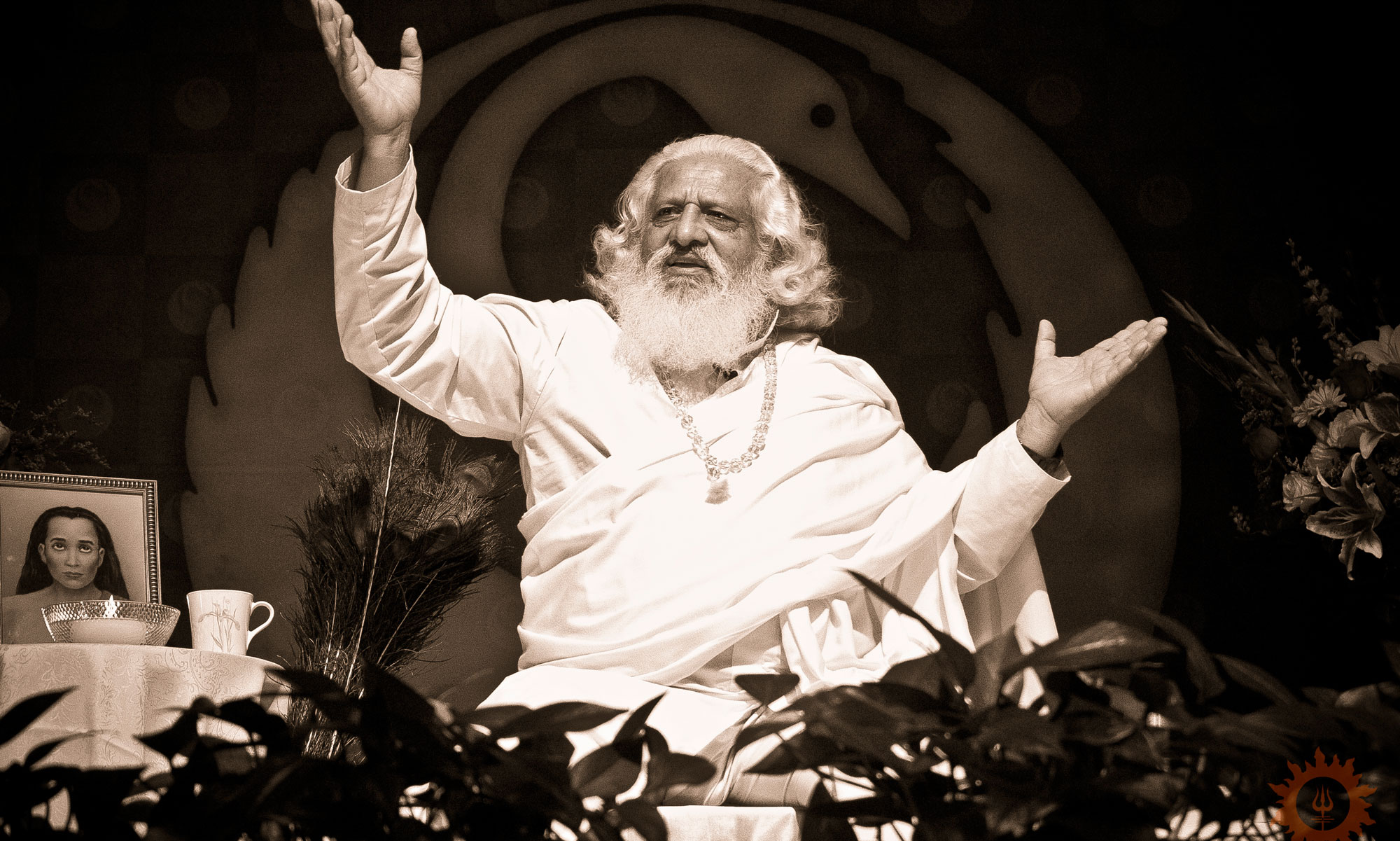